Challenger Sports, the leading camp company in the US has launched a brand new, soccer camp that combines the most popular elements of their two camp programs, British Soccer and TetraBrazil.
The all new Challenger International Soccer Camp will offer instructional camp programs for each age/ability level!

- The TinyTykes program will provide 3-5 year olds with fundamental soccer activities, games, and stories, designed to enhance technical skills along with physical and social development.
- The Half Day Camp for 6-16 year olds is the most popular program and will provide 3 hours of skill development, games, challenges and competition each day.
Register now for Challenger's International Soccer camp and get a free international ball, t-shirt, poster, skills evaluation and new downloadable coaching app & 20 skills videos!
Register 30 days before camp and qualify for a free International Game Jersey!

Email ThisBlogThis!Share to TwitterShare to FacebookShare to Pinterest
Labels: Activities

This was our first trip to the Arizona Renaissance Festival and we had a blast! 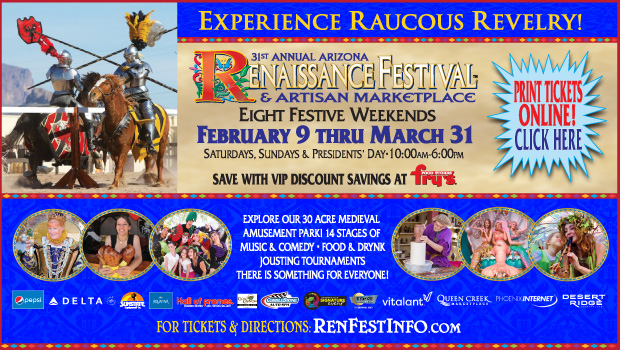 From the moment you walk up to the gates, it's as if you've entered another time period! Everyone plays the part, nobody breaks character.

We entered the gates as jesters shouted at us from above and we immediately noticed a frozen lemonade stand off to the side. This was absolutely the best drink I had the entire day. Unfortunately, it was the 1 and only frozen lemonade stand we could find so my husband did have to make some extra trips to the front for me.

We continued on and the kids noticed knife throwing right away. My husband took the 2 older kids over where they got to throw knives and ninja stars at a wall! I'll be honest, it was a little hard for me to watch my 9 and 11 year old throwing knives lol.

We were approached by a vendor selling flower headbands. They were, I believe, $14 for the smaller ones and $26 for the larger ones. I am a crafty mom and was a little disappointed, I felt that I could have made these for less than $2 each had I just known about them! Next year I will definitely be more prepared ;)

The kids rode a few rides (which are all human powered by the way!) Each ride they rode was $2 - $3 each, per kid. I felt the price was fair, rides went for a good amount of time and the ride operators were very friendly, stayed in character, and they were very playful. For instance - the woman running Thor's Hammer would taunt the men and joke woth them. The boys operating the carousel ride were literally swinging and flipping from car to car.

The girls (4, 6, and 9) each purchased a mask from the mask shop. They were, I believe, $28 each. The masks were well worth the price, in my opinion. They are very high quality, made of leather, and come with care instructions. They are all absolutely gorgeous. They had masks ranging up to almost $90, and they were beautiful.

We then went on to the Princess Joust. The stadium fills up quick - get there at least 15-20 minutes before it starts. I had a great time watching the joust. They involved children in the announcing and flag placing and the men really played their characters well.

Jerky sticks were great, everyone kept asking for them.

They had Elephant rides that looked super fun. Unfortunately, we never made it over there because we ran out of time.

So many in costumes, majority were awesome and creative, a couple were inappropriate, in my opinion.

All in all - We had an amazing time and will definitely be back!
- The atmosphere is amazingly fun and upbeat.
- Food and drink were surprisingly good considering it's an outdoor festival.
- Kids had a blast on every single ride.
- Dress up if you can, you'll probably wish you had once you're there!
- Look into stuff being sold there before going. Odds are you can make some of the stuff yourself and you can end up saving yourself hundreds depending on how many kids you've got with you.

Unfortunately, I lost my phone at the end of the trip so I only made it out with one lonely photo on my husband's phone 😞

Disclaimer:  My family and I were provided with 4 free tickets to the Renaissance Festival in exchange for my honest review.  All opinions provided are my honest opinions.

Fun For the Whole Family!
The Arizona Renaissance Festival is a medieval amusement park, a 13-stage theater, a 30-acre circus, an arts and crafts fair, a jousting tournament and a feast -- all rolled into one non-stop, day-long family adventure!

Coupon valid at the 2019 Festival Box Office only. NOT VALID in conjunction with a FRYS discount ticket or any other discount offer. Not for resale. One coupon per person. Distribution on Festival property is prohibited. Photocopies not permitted. $16 value. VALID February 9, 2019 THROUGH March 31, 2019Kids Free! - Arizona Renaissance Festival #AZRenFest
Posted by Rachel at 11:35 AM 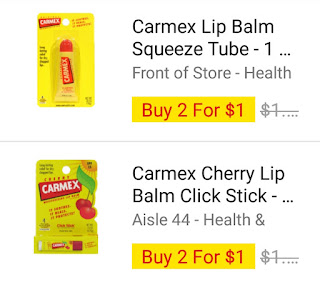 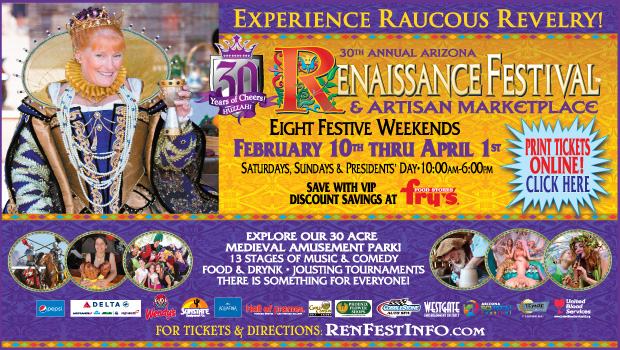 Fun For the Whole Family The Arizona Renaissance Festival is a medieval amusement park, a 13-stage theater, a 30-acre circus, an arts and crafts fair, a jousting tournament and a feast -- all rolled into one non-stop, day-long family adventure!

Coupon
Kids Free!
Arizona Renaissance Festival - Receive One Free Child ticket Per Coupon with One Full Price Adult Ticket Purchased at the Festival Gate. Coupon valid at the 2018 Festival Box Office only. NOT VALID in conjunction with a FRYS discount ticket or any other discount offer. Not for resale. One coupon per person. Distribution on Festival property is prohibited. Photocopies not permitted. $16 value. VALID FEBRUARY 24, 2018 THROUGH APRIL 1, 2018.
Click HERE!

Contest
Design a Shield Contest:
Kids ages 5-12 enter to win a Family 4 Pack to the30th Anniversary Arizona Renaissance Festival bydesigning your own family shield.
Just download/print these graphics and email your design to: sales@usfamilyguide.com
Graphics to Download/Print:
1. Example: Design_Shield_Example
2. How to Make: Design_Shield_HowtoMake
3. Templates to Use: Design_Shield_Template

The Mortimer Family and team's goal is to create memories for families through sharing their love and passion for agriculture.

At the center of this huge festival will be the farm's U-Pick Pumpkin Patch and HUGE Thank a Farmer Corn Maze. 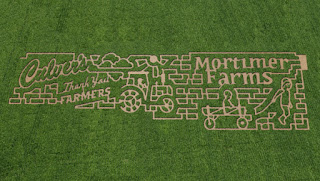 As in past years there will be many attractions, games, educational interactive display boards, farm inspired rides, farm activities, hay rides, entertainment, and much more.

General admission, is $15 per person (kids 2 and under are free). Check out MortimerFarmsAZ.com for other pricing options and the event schedule!
Posted by Rachel at 9:43 AM

Earn Cash Back For Shopping!